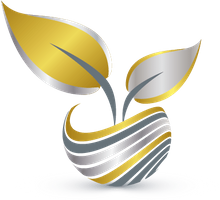 Gastroparesis is also called a delayed gastric emptying or gastric paralysis. This condition is characterized by the fact that the stomach muscle does not contract enough to digest food - the food stays in the stomach longer than normal, which can cause various symptoms.

The cause of this condition is still unknown and is sometimes difficult to diagnose - why this condition suddenly occurs can be related to a variety of factors including POTS.

Gastroparesis is the medical term for delayed gastric emptying.

During the digestion process, the stomach has to contract to digest food and liquid. Normally it contracts about three times per minute. This will empty the stomach within 90-120 minutes of eating. If the contractions are slow or less frequent, gastric emptying is delayed.

This leads to unpleasant but sometimes serious symptoms, as well as malnutrition, because food is not digested properly. Gastroparesis can be caused by a variety of conditions, such as diabetes mellitus, certain nervous system disorders, or certain medications. However, often no cause can be found, although a viral infection is suspected in some cases.

The doctor can prescribe medication to make the stomach contract. The goal of the gastroparesis diet is to reduce symptoms and maintain adequate fluid and nutrition. The diet has three steps and you can download them here).

There are various causes that can lead to a delayed emptying of the stomach, such as diabetes, infection, medication and the stomach muscle can also be disturbed by the effects of an anesthetic or by the stress that an operation gives the patient. In general, gastroparesis as a result of surgery is short-lived. In most cases, the cause of gastroparesis is unknown (idiopathic).

Gastrointestinal disturbances are frequent and long-lasting in patients with POTS, affecting quality of life.

In a recent study it is shown that as many as two thirds of patients with POTS have functional disorders of the GI system (general disorders and not always gastroparesis, these figures are less significant).

The link between delayed gastric emptying and POTS is only an association, expertise on this is still very limited and little information is currently available, further studies are needed in the future.

The postural orthostatic tachycardia syndrome has periods in which the complaints seem to improve and the patient feels stable with the correct treatment methods, some stress factors can also trigger a POTS attack, causing the complaints to suddenly worsen / new complaints such as a reduced functioning of the stomach muscle.

These stressors can be - infections, surgery, stress, extreme heat or trauma.

Involvement of the autonomic nervous system

"Gastroparesis can be caused by a variety of conditions, such as certain nervous system disorders"